In the middle of the solitary wilderness of Jandía, on the island of Fuerteventura, is a large villa called “The Winter house” (in Spanish, la Casa Winter).

The Winter house is a mysterious mansion located in the area of Cofete, an old village close to the barely-accessible Barlovento beach.

The traditional way to get there used to be a several hour voyage on foot, or on camel, through the island’s desert mountains. Nowadays, you can also get there by car, but visitors must be ready for a bumpy ride, as the paved road ends quickly and turns into a dirt path that skirts along drop-offs and cliffs whipped by strong northern winds, making the trip a veritable adventure. 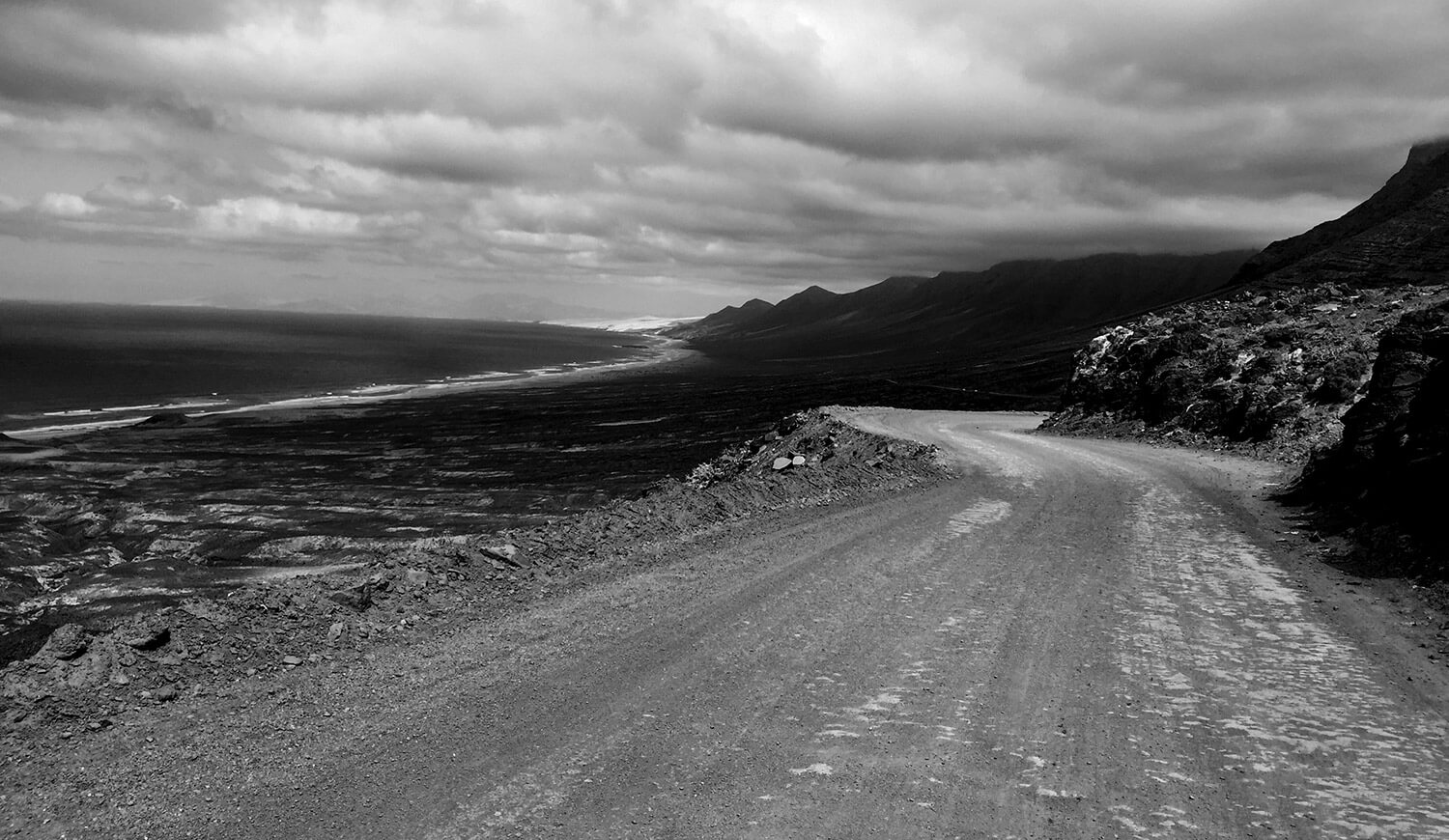 The dusty road to to the Winter house. Photo: Graciela Rosales.

After a lengthy journey, the view opens up to a large valley in the shape of a half-crater, housing in its center the spectacular villa that seems insignificant among the mountains and huge beach.

The mansion, constructed of rock and concrete, has on its right side an impressive tower with many windows that offer a 360 degree view of the land. Inside, the villa’s interior patio is surrounded by various rooms distributed between two floors, among which there is a large living room with an elegant chimney and a balcony with beautiful views of the ocean.

In spite of its age, the house has maintained its luxurious details, like the intricacies in its woodwork, and a detailed wooden crocodile in a top corner of the patio, who seems to watch attentively for the entrance of intruders. 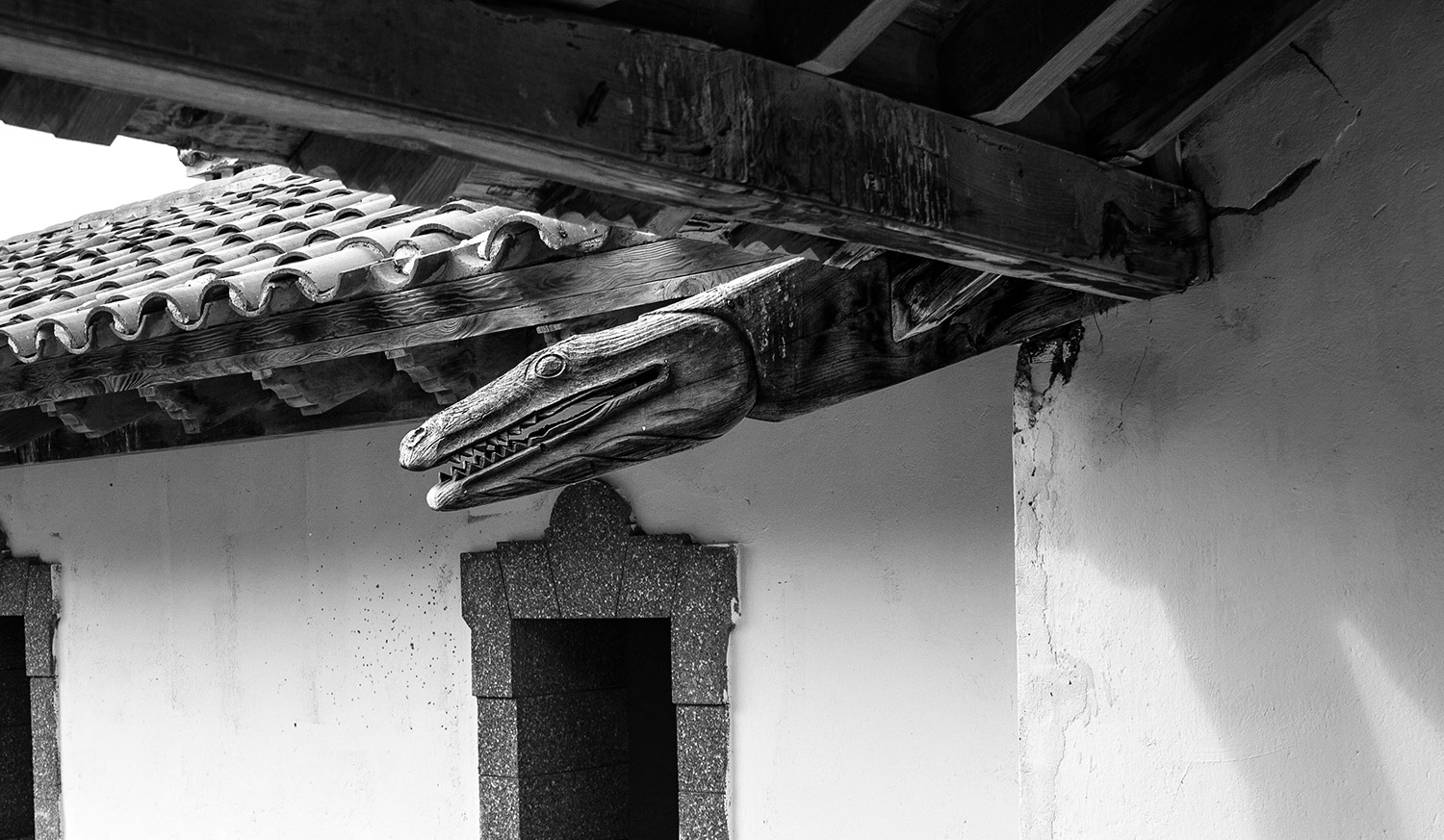 A wooden gargoyle in the shape of a crocodile, placed in the courtyard of the house. Photo: Graciela Rosales

At this point, most visitors would wonder “who built this huge house in the middle of nowhere, and why?”

The “who” is clear– it was German engineer Gustav Winter who had the house built after buying all of the land on the Jandía peninsula. But as far as the “when” and “why” go, a couple versions of the story exist. The “official” version maintains that the house’s construction began in 1946 and that it was intended simply as a vacation home for the wealthy engineer.

The alternate version asserts that the house was built during the second world war with the consent of Spanish dictator Francisco Franco, and that the construction was subsidized by Hermann Göring, the second in command of the German Third Reich, after Adolf Hitler.

It is said that the mansion is situated just above some underwater caverns that stretch to the ocean, allowing submarines to reach the house directly. Thus, nazi troops would use stairs placed in the basements to access la Casa Winter, where they could stock up on food and fuel.

The stories explain that apart from functioning as a warehouse, this vacation home was a place where German officials could rest and relieve themselves of the tensions of the war, organizing long soirees in which there was no lack of music, dance, alcohol and prostitutes, all unfolding before the watchful eyes of a portrait of Hitler in the house’s main hall.

So which is the true story? What reality is there in all that is written about the manor of Cofete? 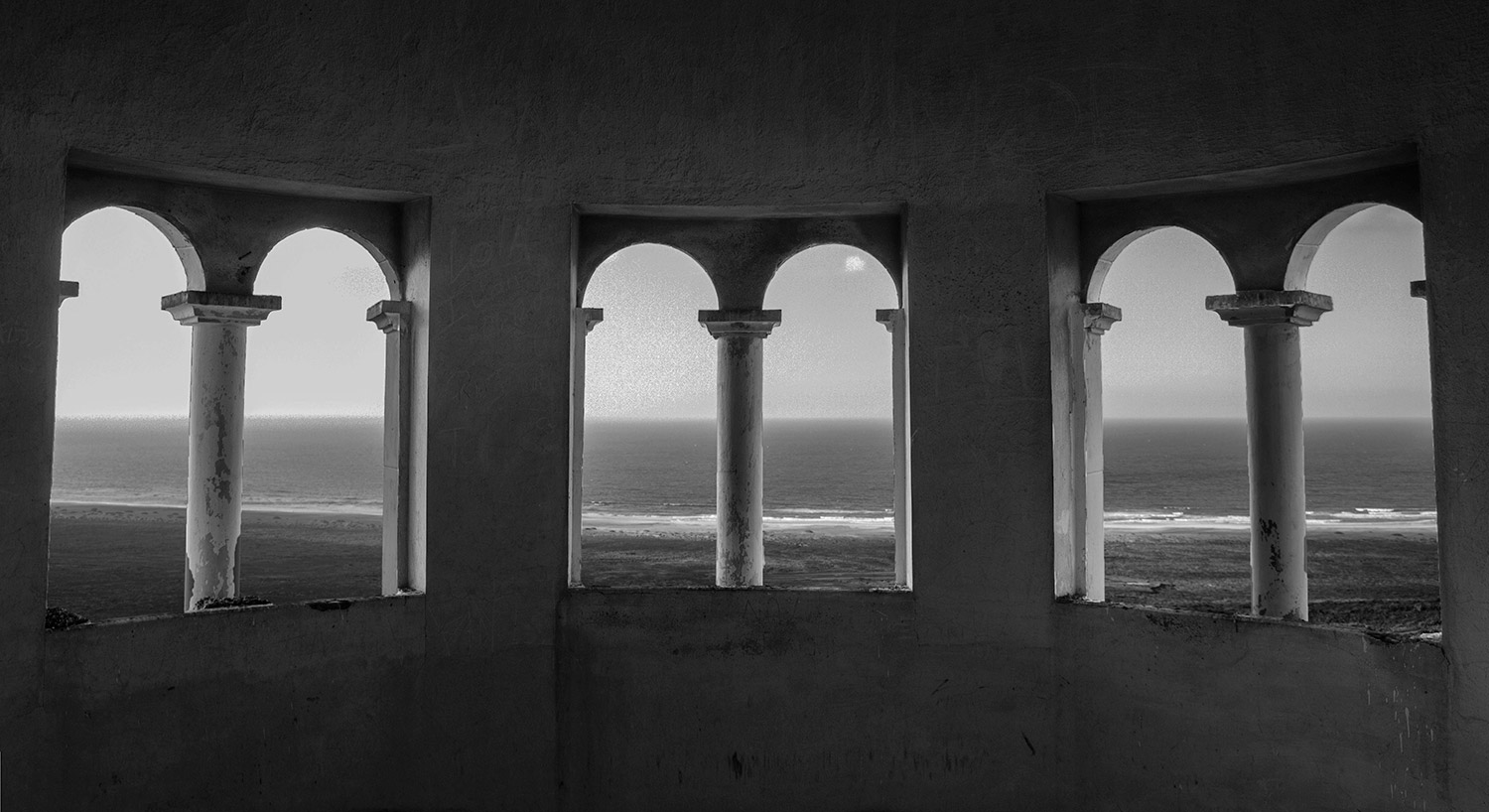 Panoramic view from the inside of the tower of the Winter house. Photo: Graciela Rosales

For the current habitant of la Casa Winter, Pedro Fumero, it’s very clear: the story that claims the mansion was conceived as a mere vacation home does not hold up at all.

Pedro began an investigation in 2012 to shed light on the house’s mysteries, and at the same time he began to show its many quirks to visitors: secret rooms with tiny doors; a bunker in the basement; dark, gloomy hallways that had been sealed with brick and mortar for unknown reasons; a peculiar kitchen reminiscent of a creepy laboratory; landing tracks nearby, and the leftovers of a powerful electrical installation. Any and all of these examples suggest that la Casa Winter had very particular uses.

In 2016, Darwin Vidal, a Spanish engineer who had settled in Germany, joined Pedro Fumero’s investigation. Together, in close cooperation, the two have spent years gathering extensive information coming from numerous archives spread around the world, all of which reveal surprising facts that were not public knowledge until now.

The book “The Winter house” will soon be available in three languages: Spanish, English, and German, and will show definitive proof about who Gustavo Winter really was, and what his true plans were in Fuerteventura.