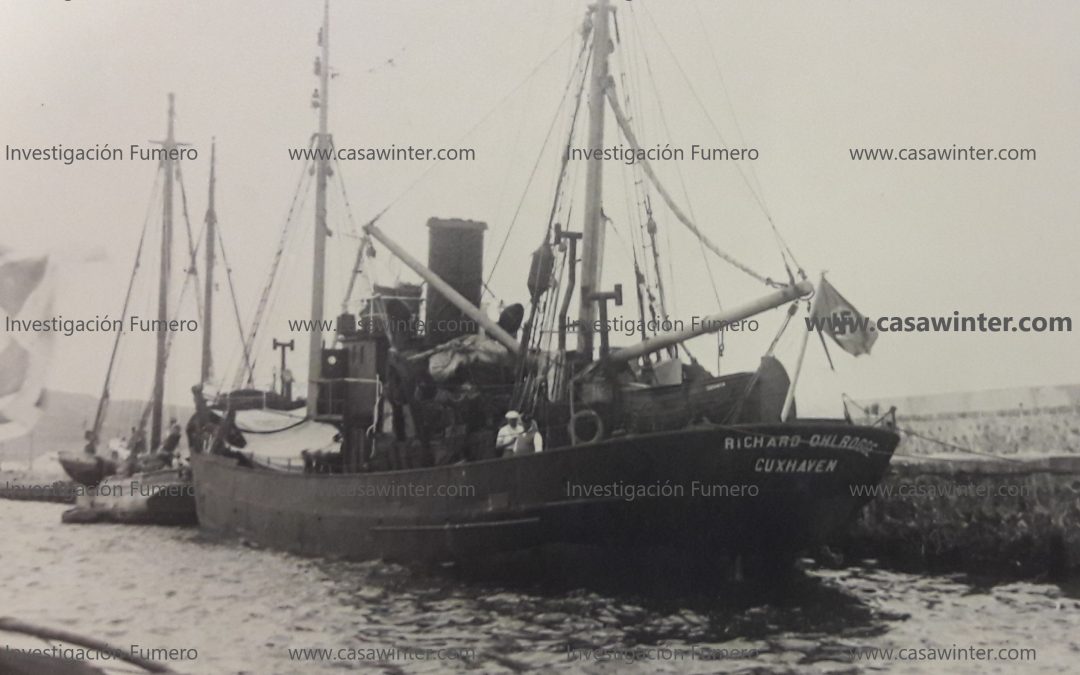 The Jandía Peninsula was studied by the German government on numerous occasions.

Jandía was the subject of study by the German government on numerous occasions, but undoubtedly, one of the most significant studies was carried out by a team of specialists and military investigators, sent by the German government. The experts had to carry out studies, create maps, and verify the viability of the project that Winter had presented to the Nazi government to exploit and make use of the Jandía peninsula.

They used the fishing boat “Richard Olhrogge” of the company “Nordsee”, and the expedition took place in July and August 1938.

This study was overseen by the secretary of state Herbert Backe, who since 1936 was responsible for the food section of the Four-Year Plan led by Marshal Hermann Göring. The German report on the results of the tests focuses on the potential for fishing, agriculture and raw materials offered in Fuerteventura. However, certain lines in this study reveal that these were not the only interests that the German navy was exploring in Jandía.